The 1.2.5 Xray mod has recently been announced by the developers CrazyB. This will expedite your mining efforts and get you easy money on your favourite server.

Unlike the X-RAY Texture Pack, this doesn’t just show you exposed blocks, this mod shows you every block you can mine. When I first tried xray, I was so annoyed by the uselessness of the texture, I had to try the mod. The results were much better.

Xray 1.2.5 allows the player to see straight through “useless” blocks and view the following:

It also allows the user to view caves and shafts (you must be above ground for this function), and finally, a big one: nightvision. It is so handy to mine to your hearts content on MineCraft without bringing several dozen torches useless blocks and view the good ones 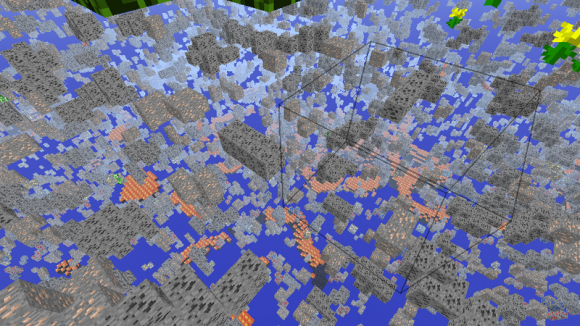 Finally, this mod gives you a decisive edge in Anarchy and PVP themed servers. Not only will you find resources far faster and more efficiently, but you will also be able to find hidden mineshafts, bases, and mob farms of other players, as well as being able to see other players and traps from a long way off.

A word to the wise, however: while this mod doesn’t report itself to the server as most mods do, it is still visually detectable through other means. Most admins on minecraft servers are capable of discovering the mod visually. They may spot you digging unlit holes straight to diamond veins.