Big Reactors Mod adds multi-block power systems capable of providing large amounts of RF power to Minecraft. The specific arrangement and material of mod blocks in each multi-block structure determines the performance and behavior of the system as a whole. 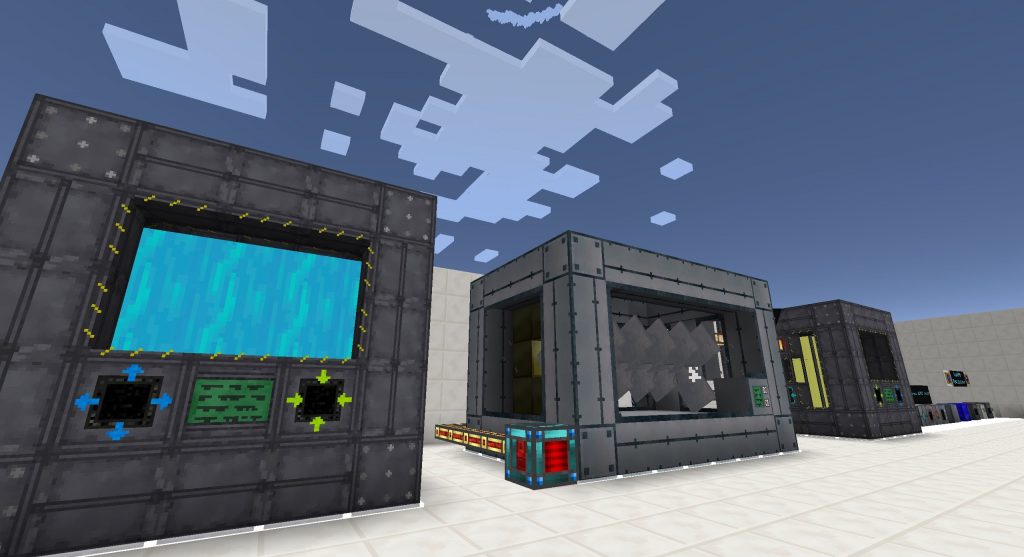 A power system can be built in one of two ways: a reactor can provide RF power directly, or a reactor can provide super-heated steam which is then pumped into a steam turbine to generate RF power. The latter option is much more expensive, but also much more efficient. The minimum size of a reactor is 3×3×3 blocks whereas the minimum size of a working turbine is 5×6×5. Systems with several multi-block structures of nearly indefinite size can be built.

Big Reactors greatly benefits from the support of mods which provide transport and fluid pipes such as BuildCraft. It can also interface directly with ComputerCraft and RedNet.

Reactors and turbines are multi-block structures made up of individual blocks arranged according to specific rules, which together create a large functional machine. Both reactors and turbines must be built as a closed, mostly hollow box with no holes and complete edges, including corners. The edges of this box must be built from Reactor Casing or Turbine Housing blocks, and the faces of Reactor Glass or Turbine Glass blocks, respectively.

In addition to these containment blocks, a number of other blocks are necessary to make a functioning reactor or turbine. None of these blocks can be placed on the edge or corner; they must be somewhere in the faces of the reactor, sometimes in very specific places. Right clicking on the reactor casing or turbine housing will display a message of what is missing.

Important: Ensure that there aren’t any metallic blocks within a 1 block radius of the turbine! Doing so results in unpredictable behavior with the turbine.

Download this spreadsheet to calculate the required materials and their cost for any size Reactor structure.

Use this Big Reactor Simulator to test the efficiency of different Reactor designs. 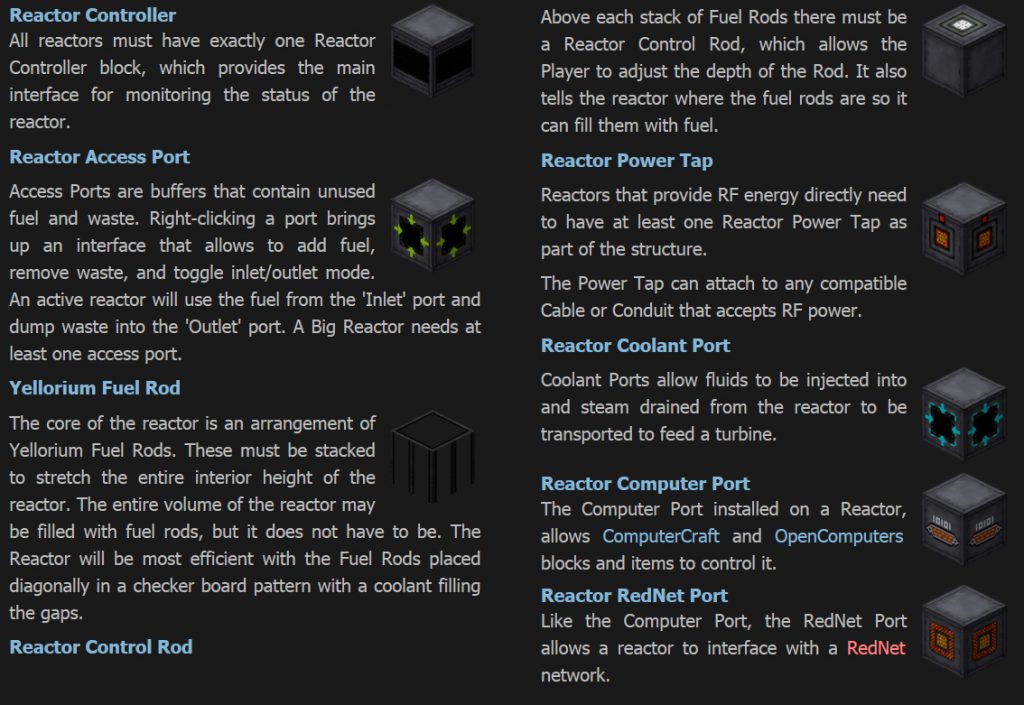 Excess radiation and heat could cause the temperature in the reactor to rise above efficient levels and consume more fuel, since there is a penalty to fuel consumption at too high an operating temperature.

Any fluid used as coolant must be manually added to the reactor during construction, exactly as you would with solid coolant materials. Those looking to fill large reactors with fluids that fall, such as Gelid Cryotheum, may want to consider using a Flood Gate.

Each coolant material has various parameters that govern how it affects the reactor:

A Turbine produces energy from Steam generated by an active cooling Reactor or generated using one of 6 other mods methods. Steam is converted back into water, which may be recycled into a Reactor to produce more steam. 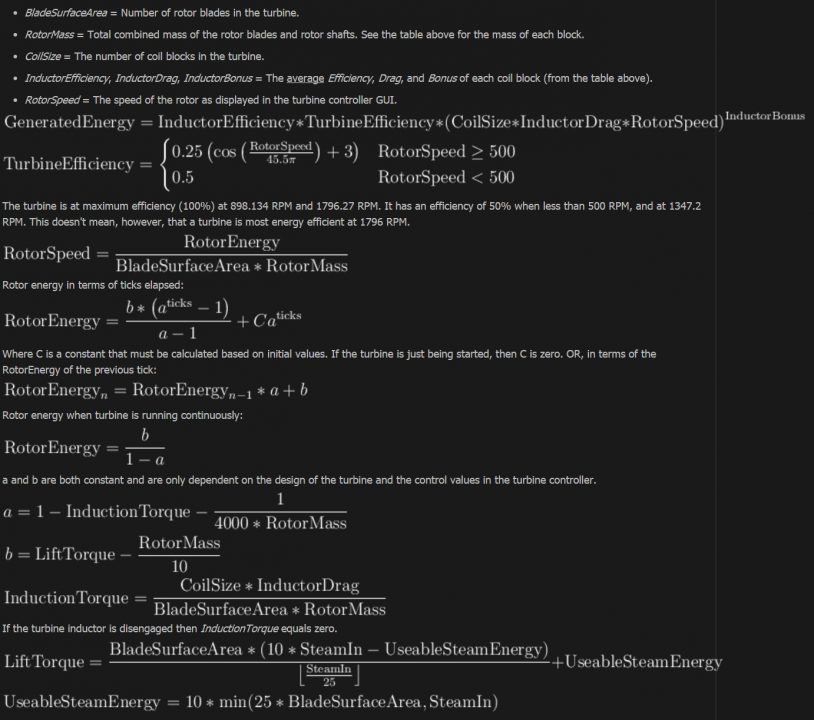 How to install Big Reactors Mod: