Divine RPG Mod turns Minecraft into the ultimate RPG experience. It features 8 new dimensions to explore, tons of bosses, mobs, weapons, and armor. It is extremely difficult. If you are looking for adventure and a challenge you will truly enjoy this mod! Not only that, but it s also great for builders because of the large variety of decorative blocks involved. 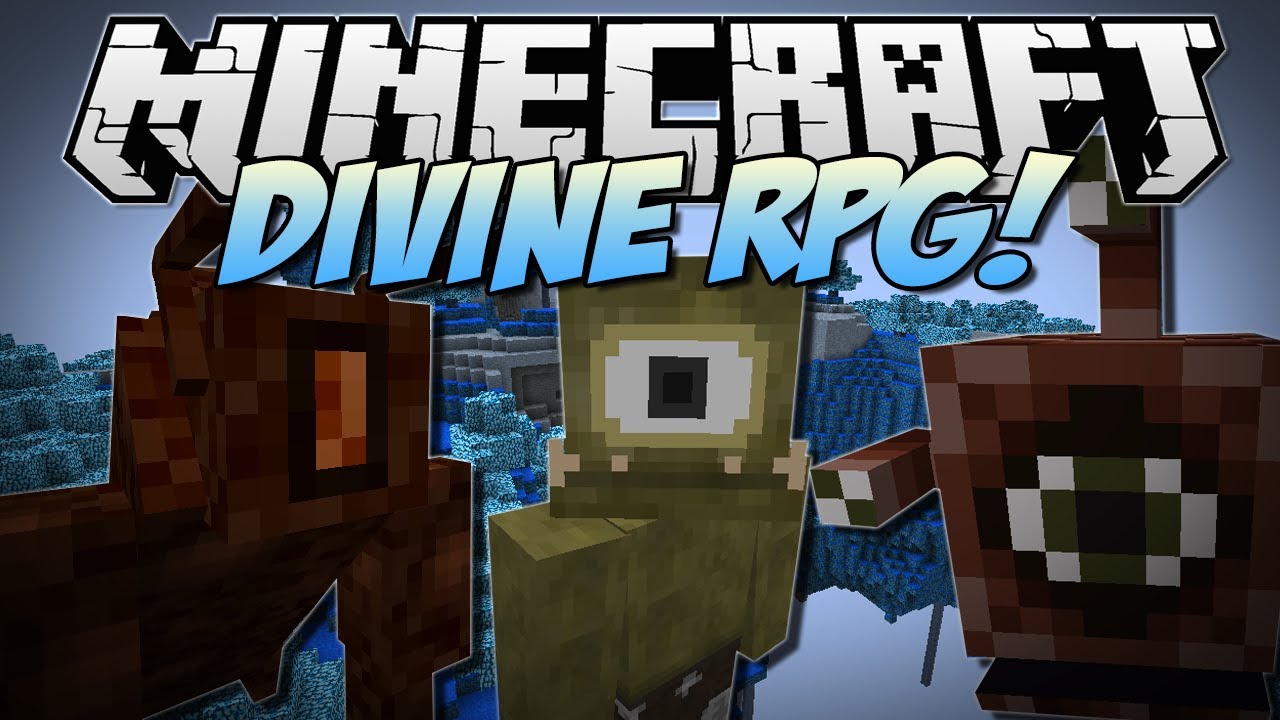 This mod calls itself: A Revolutionary Minecraft Mod and adds dozens of tools, weapons and armor sets; hundreds of items and blocks; 115 mobs. Much of the mod focuses on progressing in an RPG-like fashion through a series of dimensions (including the vanila dimensions of the Overworld, Nether, and End), killing mobs and collecting dimension specific resources to create weapons, armor, tools, and eventually a portal to the next dimension. It is the core mod of the RPG Immersion Pack.